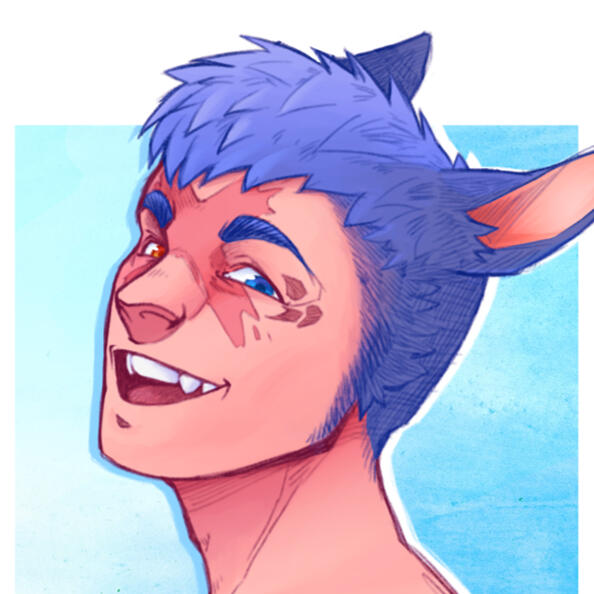 Blue is the best color!

Ko'mui is a bright-eyed and bushy-tailed fella who loves his job. What he lacks in brain cells he makes up for with heart. 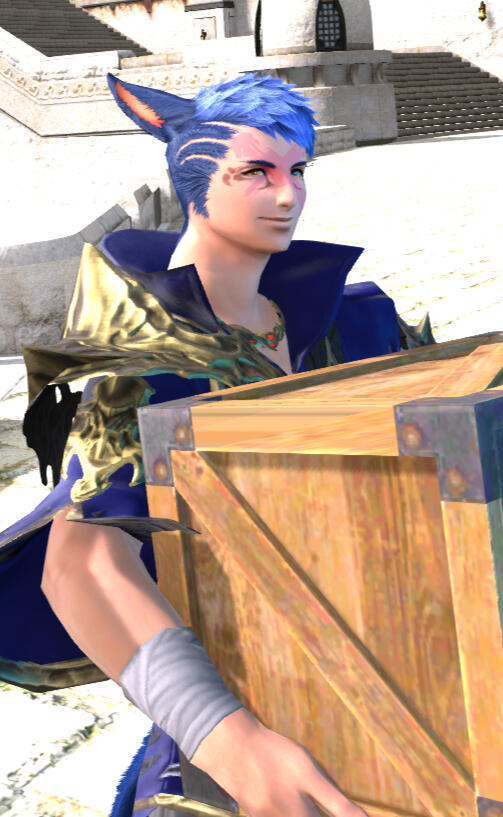 In a relationship, never married

The wilderness at the northern border of the Shroud

His odd, brightly colored eyes pale in comparison to the distracting criss-cross of discolored skin consuming the very center of his face.

Despite being a halfbreed, his physiognomy would fool just about anybody into believing he's a Keeper. His greatest superficial giveaway is his short canines.

Ko'mui wears his love for the color blue. Anything he appears in public with usually has blue on it somewhere. That is... if it's not already all over him.

Ko'mui has a love of the sea that rivals its very own expansiveness, but a pair of sea legs is nowhere to be found-- he seems perfectly content to appreciate it from ashore.

His other interests include building and flying kites, hardcore parkour, backpacking, and swimming. He's likely to enjoy most outdoor activities.

Ko'mui dislikes red meat, the Shroud, and the smell of ochu.

He fears things being thrown at or foisted into his face, and Seeker/Keeper tensions.

Ko'mui's work as a deliveryman brings him all over the island, and he is liable to run into all manner of people.

Anyone who needs a parcel or shipment quickly and efficiently is also likely to meet him!

He appears bright-eyed, amiable, and approachable.

The big scar on his face could be worth bringing up by anyone bold (or ignorant) enough.

Those familiar with miqo'te naming conventions may take note of the uncommon structure of his name.

Credits in order of appearance: sketch by me & coloring by Wing

Thanks to my forgetful nature, I keep these notes to ensure I am always on my A-game when writing Ko'mui.

Not sure how you ended up here if I didn't link you, but there's lots of spoilers and meta knowledge here, so turn away now if you're not interested.

How to write a Ko'mui